To understand the nature of the politics of a region, looking at the performance of political leaders is a key factor––even more so that of the Chief Ministers of states. The performance of a CM can point to the stability or instability of the state’s politics, the reach and popularity of national or regional parties and can highlight political trends over time.

This article, which is the first in a series that will examine Chief Ministers’ data from the south Indian states looks at the tenures of the Chief Ministers of Andhra Pradesh from 1962 to 2021 and will analyze the number of days a Chief Minister has remained in office with respect to the constitutionally stipulated 5 year term of the CM. By analyzing this data, we can begin to understand the political trends in this region over the last 6 decades.

This data has been obtained from the TCPD-CMID dataset which is part of the Chief Ministers of India project by the Trivedi Centre for Political Data and can be freely accessed.

What’s in a number of days?

The following table shows the number of days each Chief Minister in Andhra Pradesh has been in office along with the number of terms they completed and the party they represented. Figure 1 shows which party has had the highest number of successful Chief Ministerial candidates. It must be noted that the INC and the INC(I) are the same party which underwent name changes but refer to the Indian National Congress. After adopting the name INC(I), where ‘I’ stood for ‘Indira’. the party reverted to its original name “Indian National Congress”. 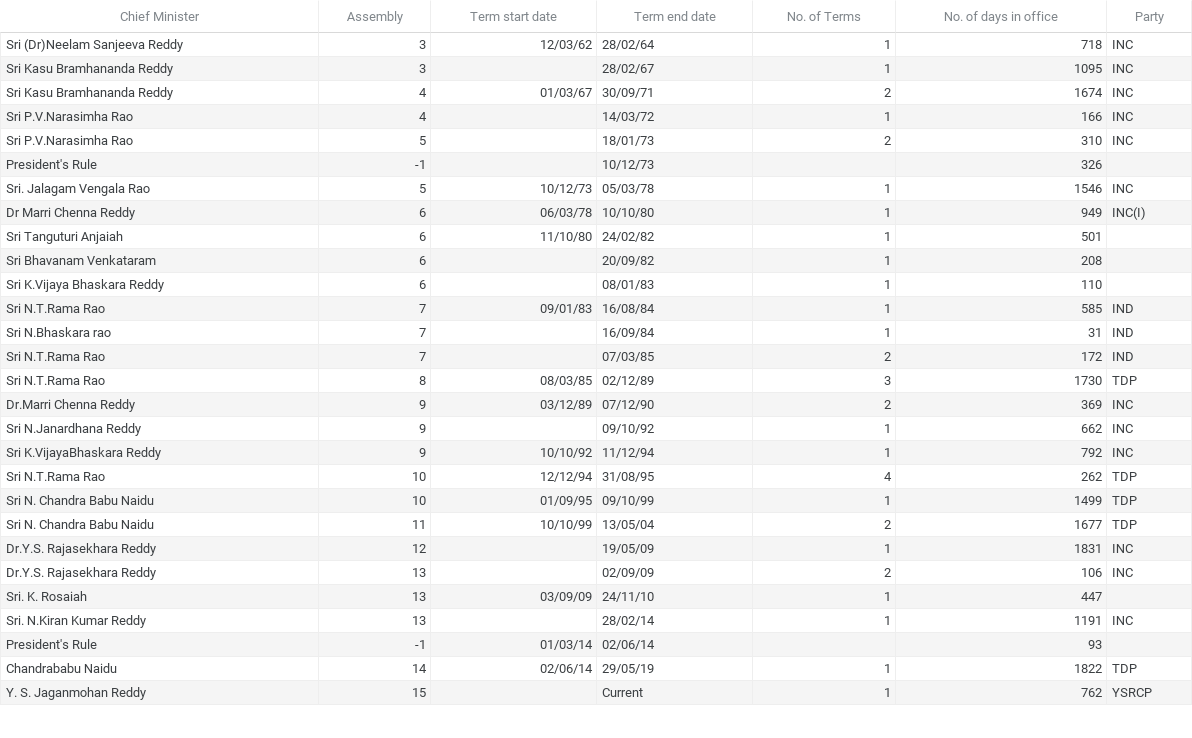 Figure 1: No. of successful Chief Ministerial candidates per party

From the above two figures we see that in Andhra Pradesh, from 1962 to 2021, it is the Indian National Congress that has had the highest number of successful Chief Ministerial candidates numbering 13 followed by the Telugu Desam Party which is a local party that had 5 Chief Ministers across various assemblies. It is the first time that the current ruling party YSRCP––Yuvajana Sramika Rythu Congress Party––founded in 2011, has formed the government with its leader Y.S. Jagan Mohan Reddy essaying the role of Chief Minister since 2019.

Of all the Chief Ministers, it is N.T. Rama Rao who has had the most number of terms––4––although with a varying number of days in office. What is interesting is that N.T. Rama Rao is the only Chief Minister to have been an independent candidate to occupy the CM post––twice––before representing the Telugu Desam Party in subsequent assemblies.

Figure 2: No. of CMs replaced per assembly

However, we see that most assemblies, barring the 8th, 11th, 12th and 14th assemblies have had multiple Chief Ministers. For the other assemblies, we seem from Figure 2 that there have been at least 2 CMs assuming office after each other in an electoral cycle pointing to a political instability in the region during those periods. The 6th assembly has had the highest number of Chief Ministers in office with 4 individuals––Dr. Mari Chenna Reddy, Tanguturi Anjaiah, Bhavanam Venkatram and K. Vijaya Bhaskara Reddy––occupying the Chief Minister’s post between 1978 and 1983 (see Table 1). Of the four, Dr. Mari Chenna Reddy was in office for the most number of days––949.

In addition to witnessing multiple changes in Chief Ministers in a particular electoral cycle, Andhra Pradesh has also been under President’s Rule twice: first in 1973, between the time P.V. Narasimha Rao vacated office and Jalagam Vengala Rao assumed office. We observe that President’s Rule was imposed in Andhra Pradesh for the second time in the beginning of the 14th assembly in 2014 for 3 months, from April 2014  to June 2014, before Chandrababu Naidu became Chief Minister on 2 June 2014. The imposition of President’s rule occurs under exceptional circumstances such as the failure of a winning party to form a government, the break-down of a majority in the legislature or the passing of a no-confidence motion. The imposition of President’s Rule in Andhra Pradesh in 1973 and 2014 point to an acute political instability in the state during these periods.

What does this mean?

From the above data, we see that Andhra Pradesh, since the first assembly, has had only one Chief Minister––Chandrababu Naidu––serve the full 5 year term. Chandrababu Naidu served three complete terms: two terms consecutively from 1999 to 2004 and from 2004 to 2009 and one full term from 2014 to 2019 in the 14th assembly. Even though candidates such as Kasu Brahmananda Reddy, Jalagam Venkata Rao, N.T. Rama Rao and Dr. Y.S. Rajasekara Reddy have completed a maximum of 4 years in office across various assemblies, what remains conspicuous is that the state has had only one Chief Minister complete a full term over the last 6 decades.

While it is the Congress that has had the most number of successful Chief Ministerial candidates, we see that there has been volatility in each Congress-led assembly. In the 6th assembly led by the Congress, Andhra Pradesh saw 4 CMs replacing each other. In comparison, the Telugu Desam Party (TDP) has had more stability in the legislative assembly with Chandrababu Naidu completing two full terms consecutively and occupying office once again after President’s Rule was imposed at the beginning of the 14th assembly. This suggests a degree of trust and stability within the TDP and amongst voters.

One can however argue that it is the Indian National Congress which, by forming the government the majority of times in the state from 1962 to 2021, has historically wielded more popularity and support in comparison to the TDP.  But it must be acknowledged that this appears to be because the Telugu Desam Party is relatively newer than the INC and was only formed in 1982. We see that from 1982 to 1989, the Congress did not wield any power in Andhra Pradesh. Its unchallenged power in office since 1962 was punctuated by 2 independent candidates coming to power in 1983, 1984 and 1985 with independent candidate N.T. Rama Rao serving in office for 4 years. This period was followed by the TDP coming to power in 1989. Since then, it is noticeable that the TDP has had a dominant presence in Andhra Pradesh’s politics.

To conclude, over the past 6 decades, it is visible that Andhra Pradesh has had more political stability under the local Telugu Desam Party at the helm of affairs, even though it has been in power fewer times in comparison to the Indian National Congress which is a national party. A Chief Minister has completed a full term only under the TDP, 3 times at that, with none from the Congress. With the entry of the YSRCP in 2019, a new trajectory for Andhra Pradesh’s politics has been scripted, breaking the 3 decade long alternating share of power between the INC and TDP. If the state will see a sustaining political stability under the YSRCP remains to be seen, especially whether it too will fall prey to inconsistencies in its Chief Ministerial candidate decisions or steers clear of that obstacle.